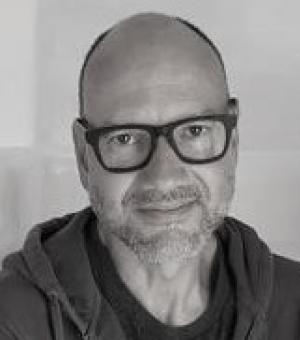 Stathis N. Kalyvas is the Gladstone Professor of Government at the Department of Politics and International Relations, University of Oxford. He was previously the Arnold Wolfers Professor of Political Science and Director of the Program on Order, Conflict, and Violence at Yale University. He is the author of The Logic of Violence in Civil War (Cambridge University Press, 2006) The Rise of Christian Democracy in Europe (Cornell University Press, 1996), and Modern Greece(Oxford University Press, 2015), as well as the co-editor of Order, Conflict & Violence (Cambridge University Press, 2008). He has received several awards, including the Woodrow Wilson Award for best book on government, politics, or international affairs (2007), the Luebbert Award for best book in comparative politics (2008), the European Academy of Sociology Book Award (2008), the J. David Greenstone Award for best book in politics and history (1997), and the Gregory Luebbert Award for best article in comparative politics (2001, 2009, and 2011). He is the recipient of fellowships and grants from the European University Institute, the Harry Frank Guggenheim Foundation, the United States Peace Institute, and the Folke Bernadotte Academy; and a fellow of the American Academy of Arts and Sciences and the John Simon Guggenheim Memorial Foundation. He is currently researching various aspects of conflict, both at the micro and macro levels. Recent articles include How Civil Wars Help Explain Organized Crime–And How They Do Not (Journal of Conflict Resolution, 2015); Militias in Civil Wars: An Emerging Research Agenda (with Corinna Jentzsch & Livia I. Schubiger, Journal of Conflict Resolution, 2015), Is ISIS a Revolutionary Group and if Yes, What Are the Implications? (Perspectives on Terrorism, 2015) and Does Warfare Matter? Severity, Duration, and Outcomes of Civil Wars (with Laia Balcells, Journal of Conflict Resolution, 2014).