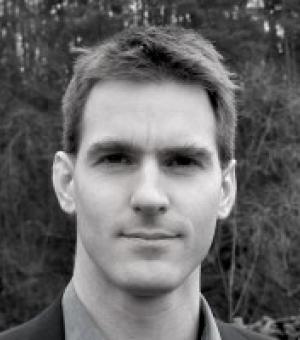 Dominic Johnson is Alistair Buchan Professor of International Relations at the University of Oxford. Dominic Johnson received a D.Phil. from Oxford University in evolutionary biology, and a Ph.D. from Geneva University in political science. Drawing on both disciplines, he is interested in how new research on evolution, biology and human nature is challenging theories of international relations, conflict, and cooperation. His new book, God is Watching You: How the Fear of God Makes Us Human (Oxford University Press, 2015), examines the role of religion in the evolution of cooperation, and how cross-culturally ubiquitous and ancient beliefs in supernatural punishment have helped to overcome major challenges of human society. He has published two previous books. Overconfidence and War: The Havoc and Glory of Positive Illusions (Harvard University Press, 2004) argues that common psychological biases to maintain overly positive images of our capabilities, our control over events, and the future, play a key role in the causes of war. Failing to Win: Perceptions of Victory and Defeat in International Politics (Harvard University Press, 2006), with Dominic Tierney, examines how and why popular misperceptions commonly create undeserved victories or defeats in international wars and crises. His current work focuses on the role of evolutionary dynamics, evolutionary psychology, and religion in human conflict and cooperation.