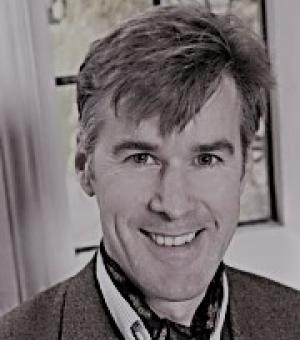 Dr Rob Johnson is the Director of the Oxford Changing Character of War Centre, Senior Research Fellow of Pembroke College, and Associate of the Department of Politics and International Relations, University of Oxford.

As Director, Dr Johnson sets and manages the research agenda, is responsible for the management of staff, and offers supervision to Visiting Research Fellows, Post-Doctoral Researchers, and postgraduate students. He also advises and delivers direct support to government and armed forces in defence and security matters, transferring his knowledge in related academic and research fields. His bespoke advisory support is not limited to the United Kingdom, but is requested by US and European armed forces. The Director is now prominent within professional military education, as a member of the advisory panel of the Defence Academy of the United Kingdom, lecturer for the Royal College of Defence Studies, and as the director of ‘insight and understanding’ study days and workshops. His former military career involved innovations in counter-terrorism, but also gives him a clear understanding of the requirements and thinking of the armed services. He is a visiting lecturer in the United States, Canada, Germany, Austria, Turkey and France.

Dr Johnson has delivered courses in Strategic Studies (Politics and IR) and the History of War (History), an unusual interdisciplinary combination for academics. He offers postgraduate supervision on theses concerned with strategy, as well as undergraduate tutorials for a number of colleges, tuition on foreign exchange programmes, lectures in the undergraduate International Relations and General History circus and an unexamined lecture series on the history of war and strategy. He delivers teaching to overseas academic programmes, including those of Stanford, Harvard and Yale.

Dr Rob Johnson’s primary research interests are in strategy, its development, and the history of war which informs it. His regional interest is in the Middle East, but there is a requirement to be familiar with a number of global conflict and security issues. In light of recent strategic challenges, his research has necessarily addressed ‘War Amongst the People’, that is, terrorism, insurgency and counter-insurgency. He has also examined how conflicts can be terminated, through transition and negotiation. Dr Johnson is concerned with the issue of civil-military relations in the making of strategy, and has examined the problems of maintaining internal security, the dynamics of insurrection, and the role of auxiliary forces in a number of other publications. He has published on strategic advantages and risks of partnering irregular indigenous forces, and a strategic study of the First World War in the Middle East. He has delivered papers on ‘cohesion in combat’, ‘joint operations’, ‘future operating environment’ and ‘strategy-making in the twenty-first century’. He convenes the UK Strategy Forum and is assisting the British armed forces in planning for reconfigured structures and missions and is focused on the difficulties of ‘planning future war’ using historical examples. He is actively involved in developing the British Army’s new ‘Integrated’ doctrine. He also runs strategic exercises, including scenario-based learning processes grounded in history and recent conflicts, at the Royal College of Defence Studies.

The Experience of War: Afghanistan