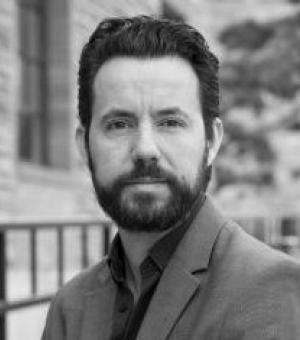 Jota Samper is Assistant Professor in the Program in Environmental Design ENVD at the University of Colorado, Boulder. His work at ISR concentrates on sustainable urban growth and dwells at the intersection between urban informality (“slums”) and urban violent conflict. Jota has been working as an architect, and planner for 17 years and has taught architecture, urban design and planning. Born and raised in Medellín, he studied architecture at the Universidad Nacional de Colombia in Medellín. Since then, he has done research, art and architectural projects in seven countries: Colombia, Panama, United States, Mexico, Brazil, India and France. His work has won more than 6 national (U.S.) and international awards. In 2010, his project “Living rooms at the Border,” which he designed with the team while at estudio teddy cruz, exhibited at the (Museum of Modern Art) MoMA in New York City. He received a Master in City Planning from MIT and a PhD. on Urban and Regional Planning, also from MIT-DUSP, where he was also a Lecturer. He is a fellow of the “Drugs, Security and Democracy, SSRC”, and advisor for the “Strategic Masterplan for the Medellínnovation District. He is a co-founder of Mobility/Movilidad a nonprofit dedicated to choreographing meaningful conversations, video archive and mapping with marginalized communities.

Conflict in the Horn of Africa

Visualizing Change in Armed Conflict: Complexity in the Eyes of the Beholder

Conflict in Syria and Iraq

Conflict in the Afghanistan-Pakistan Border Area