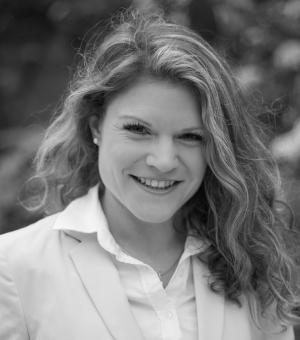 Dr Annette Idler is the Director of the Global Security Programme, and Senior Research Fellow at Pembroke College and Senior Research Associate at the Department of Politics and International Relations, University of Oxford. At Oxford’s Blavatnik School of Government she teaches on global security and transnational organised crime. Dr Idler was Visiting Scholar (2019 – 2021) at the Weatherhead Center for International Affairs, Harvard University, where she was also affiliate at the Weatherhead Research Cluster on Comparative Inequality and Inclusion.

Her work focuses on global security in the contemporary world. She studies evolving security dynamics in the context of armed conflict and the global illicit economy, transitions from war to peace, and state responses to insecurity. She is particularly interested in the political economy of borderlands as spaces where criminal, terrorist, and conflict dynamics converge, and the connections between localized conflicts and insecurities and global shifts in order and power. Dr Idler is Principal Investigator of the Conflict Platform Project and of CONPEACE. She is the author of Borderland Battles: Violence, Crime, and Governance at the Edges of Colombia’s War (Oxford University Press, 2019), which appeared in Spanish in an expanded version as Fronteras Rojas: Una Mirada al Conflicto y el Crimen desde los Márgenes de Colombia, Ecuador y Venezuela by Penguin Random House (2021), and co-editor of Transforming the War on Drugs: Warriors, Victims, and Vulnerable Regions (Oxford University Press/Hurst Publishers, 2021). Her work has appeared in journals such as World Politics, Third World Quarterly, and the Journal of Global Security Studies.

Borderland Battles: Violence, Crime, and Governance at the Edges of Colombia’s War

Conflicts in Flux: A Novel Approach to Analysing Conflict Dynamics

A Borderland Lens on Hubs of Protracted Conflict

Strategic Resources in 2030: Three Challenges for the Future of International Security

Visualizing Change in Armed Conflict: Complexity in the Eyes of the Beholder

Conflict in Syria and Iraq

The Future of International Security: Challenges for Responses to the World’s Changing Security Landscape

The Changing Character of Conflict – A Conceptual Framework

Bringing Perceptions and Experiences in: A Novel Approach to Measuring Changes in Violent Conflict

Conflict in the Afghanistan-Pakistan Border Area

Uncertainty in Changing Security Landscapes: Evidence from Colombia and Myanmar

The Politics of Images: Understanding Change in Armed Conflict through Photography

Conflict in the Horn of Africa