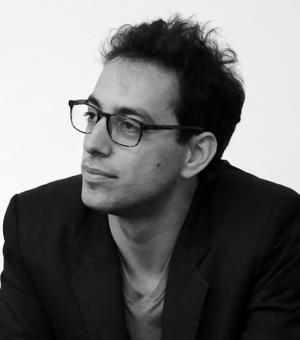 Dr. Fattal is an award winning author and filmmaker whose research and creative works examine the central role that the media plays in Colombia’s armed conflict and fitful efforts to build a lasting peace. He uses qualitative methods to explore the shifting techniques of warfare in the twenty-first century and ways that strategies, tactics, and practices of representation have come to occupy pivotal roles in military and political conflicts. Questions of temporality, surveillance, the role of the market in counterinsurgency, the relationship between war and non-war, and the aesthetics and genre instability of documentary photography motivate his research.

Dr. Fattal received his PhD in socio-cultural anthropology from Harvard University as well as a secondary field in Critical Media Practice. He has held a Mellon Foundation-funded postdoctoral fellowship at Harvard’s Mahindra Humanities Center and his research has been funded by the National Science Foundation, the Social Science Research Council, and the Wenner-Gren Foundation.

He is the author of Guerrilla Marketing: Counterinsurgency and Capitalism in Colombia (University of Chicago Press, 2018) and Shooting Cameras for Peace: Youth, Photography, and the Colombian Armed Conflict (Harvard University Press, 2020) and numerous scholarly articles in the fields of anthropology and media studies, as well as the director of two documentary films: Trees Tropiques (Berkeley Media, 2009) and Limbo (Marvin & Wayne, 2019).

Changing Perceptions of War in Mexico

The Politics of Images: Understanding Change in Armed Conflict through Photography

Changing Fronts of the Conflict in Nigeria

The Importance of Geography

Transformations in the Colombian Armed Conflict

Changing Conflict Actors and their Impact on Civilian Suffering

The Trans-Border Fight Against ISIS

Addiction to Natural Resources: Jade, Poppy, and the Political Economy of Conflict in Burma’s Northern Border

Seeing Between the Rubble in a Militarized Mindanao, Philippines